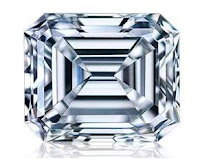 It was in the 13th century when King Louis IX of France had recognized the eternal beauty of diamonds. This attraction towards this precious stone had made him decide to decree that only the King should own diamonds.
Never in his wildest dreams would he imagine that the blue color stones would one day have something in common with semiconductors and lasers. A semiconductor uses the interaction of light with valence electrons. Natural semiconductors contain dopants like these blue color stones. One fine example of this precious gem is the Hope Diamond.

The Hope Diamond was actually originally part of the stone found during King Louis IX time. It was stolen and cut into several smaller pieces. One of which is the Hope Diamond. This stone took its name of Henry Philip Hope who was its original collector. He has amassed a large amount of debts thus he needs to sell this particular collection. The new owner donated this piece to the Smithsonian Institute to which it remains up to this day as a part of their most valuable centrepiece of the collection. This precious gem is said to be so rare and natural that it commands a very high price fit for royalty.

Synthetic gems such as these are created by adding boron making it “impure” thus producing this particular shade of color. This half treatment is what enhances the blueness of the color. This is a popular shade along with yellow and black. There is nothing wrong with this treatment as long as the sellers have disclosed this information to the buyer. China’s economy might be suffering as of this time but this does not mean that there are less prospects and clientele who is willing to bid for such eternal pieces.

Come October, Sotheby’s in Hong Kong will be the venue to sell several collections showing all multi-million dollar rocks in this shade. The Premier Fancy Blue Diamond will be sold the first week of October as part of the Sotheby’s yearly auction. The rock might just be the size of a shirt button but it does not mean that it is valued less. Sellers are predicting that this will fetch as much as $19 million dollars or more. This also shows that Asia has been considered as a buyer of such luxurious and expensive things because of the ultra-rich crowd who lives in this part of the world.

Hong Kong has been given the distinction as part of the three places in the world that is famous for jewelry sales. It also shows that even in such economic crisis, the rich remains rich. Moneyed people recognize that it is a smart move to buy such items when the economy is in its downward trend. Sooner or later changes will take place and before they know it somewhere in the future the cost of such item will double if not triple in value and price. This Asian market likes round cuts and this shade of color better than other Western countries hence the choice to hold the auction in this part of the globe.